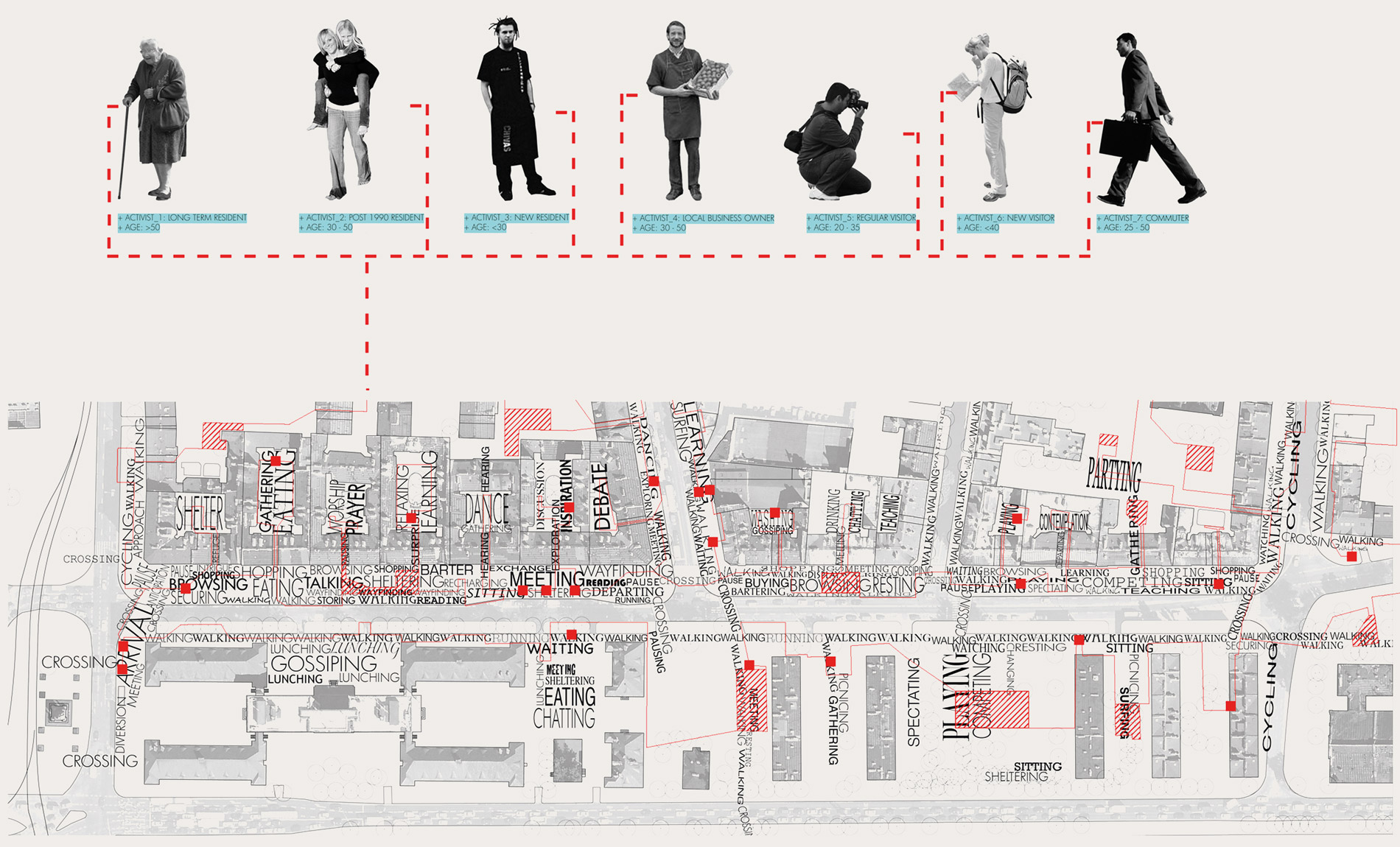 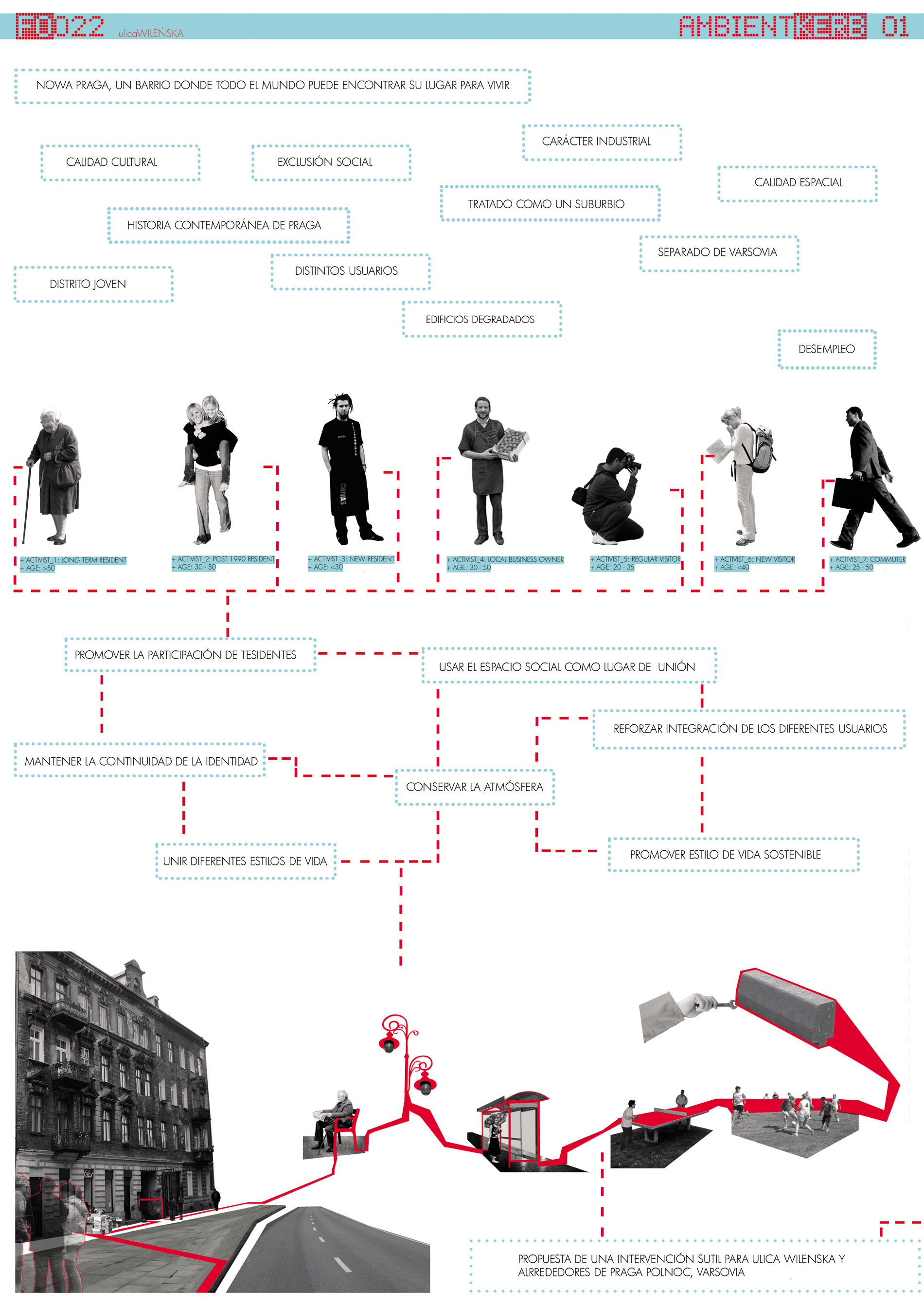 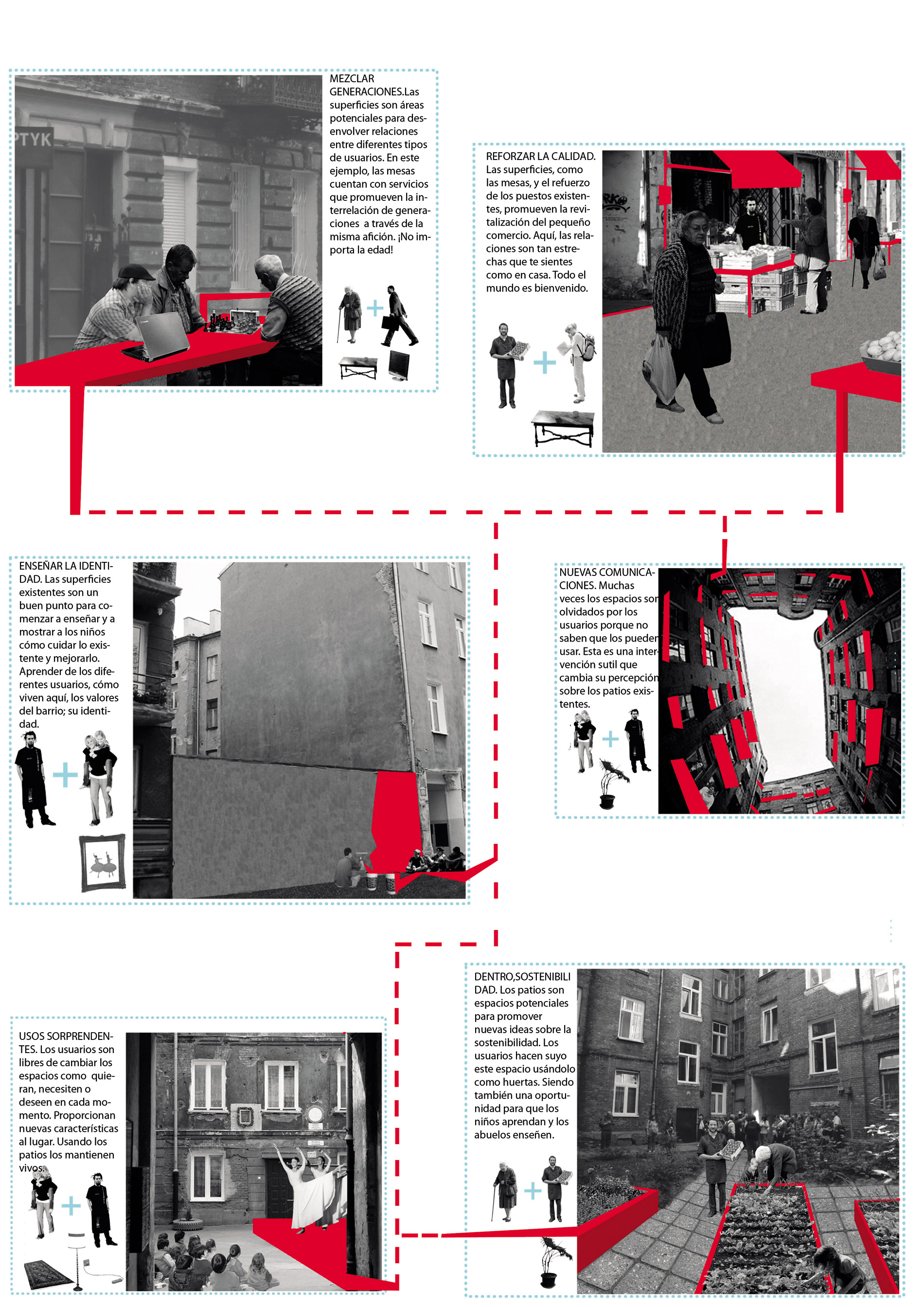 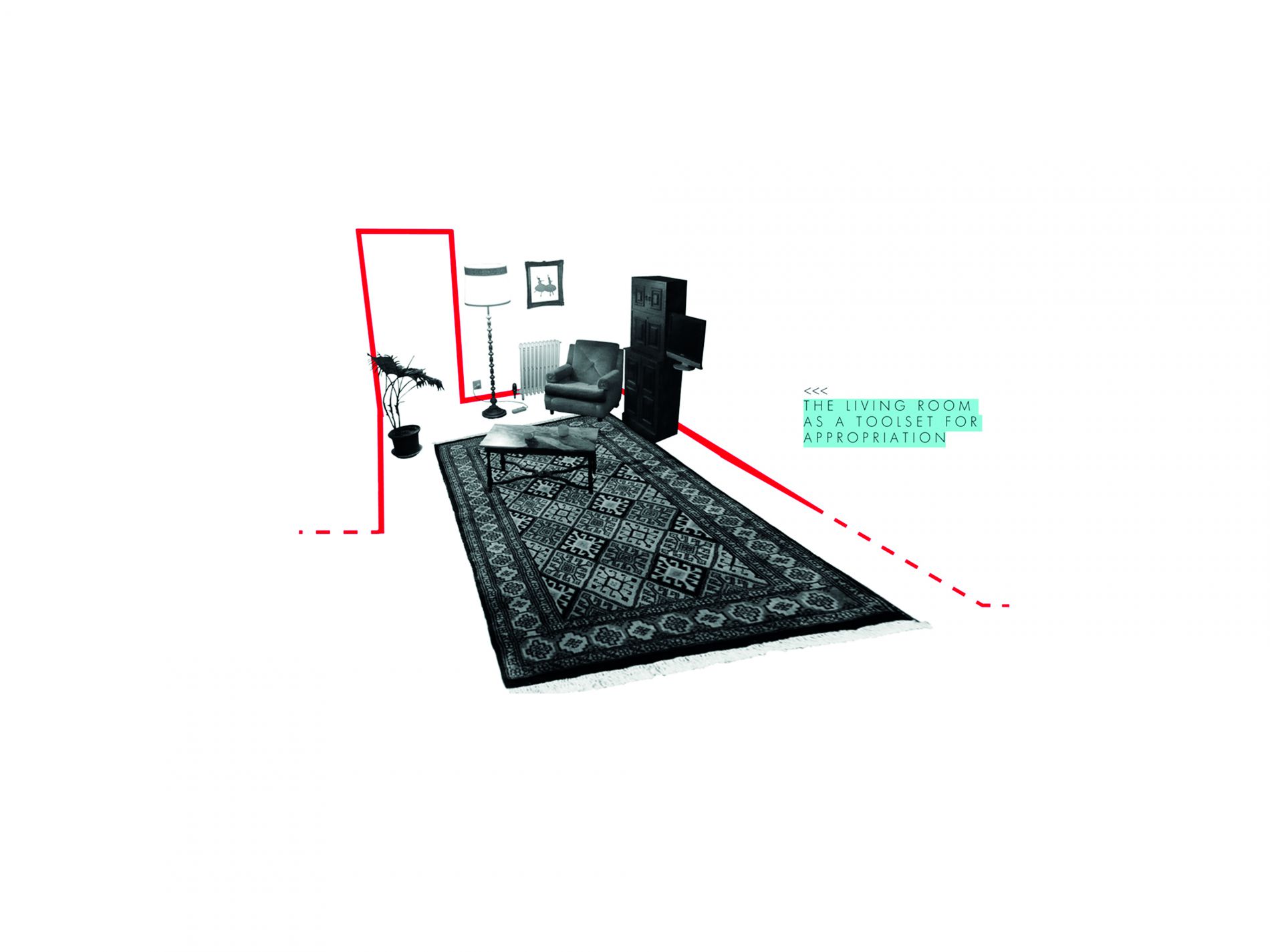 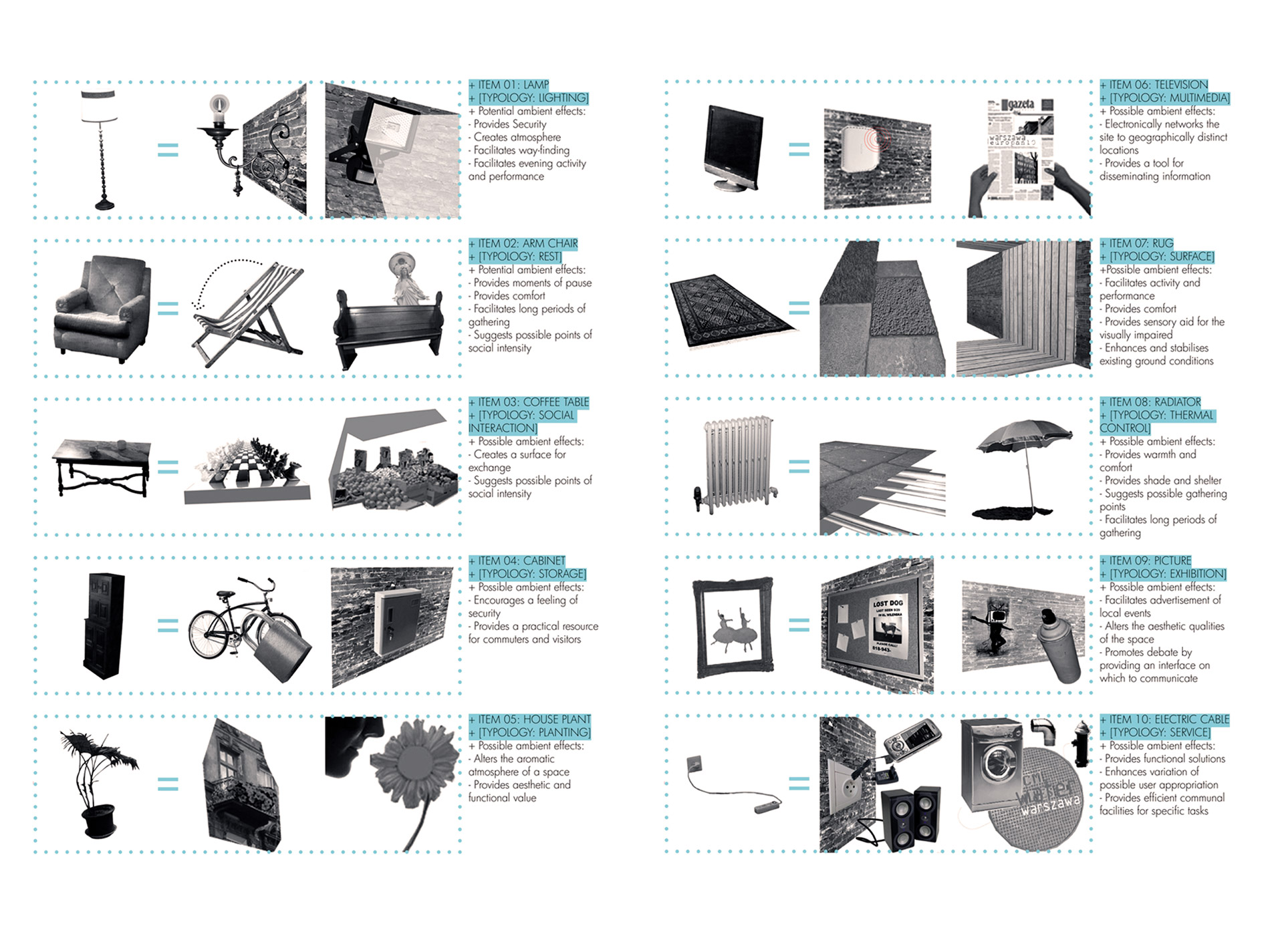 Praga-Pólnoc district, in Varsovia, is one of the few urban tissues that conserves its previous characteristics from before Second World War destruction.

This tissue has allowed the maintenance of a strong identity feeling.

It is dangerous that the gentrification and the physical renovation of this space, may force a migration of this population.

This is why, the answer was to focus every intervention in the perceived public space, treating it as the actuation field which will settle the original residents. The intention of this project is to propose the environmental conditions for the occupation of the public space. In parallel, the interior patios are activated to recuperate its functions as collective areas and even as temporary commercial exchanges.

Three actuation methods are suggested for these spaces. On one hand a continuous kerb which will connect the different interventions. Different collective functions will be juxtaposed on the kerb. As a second strategy, a series of «domestic» objects with the objective of being manipulated and articulated according to their wishes and needs.