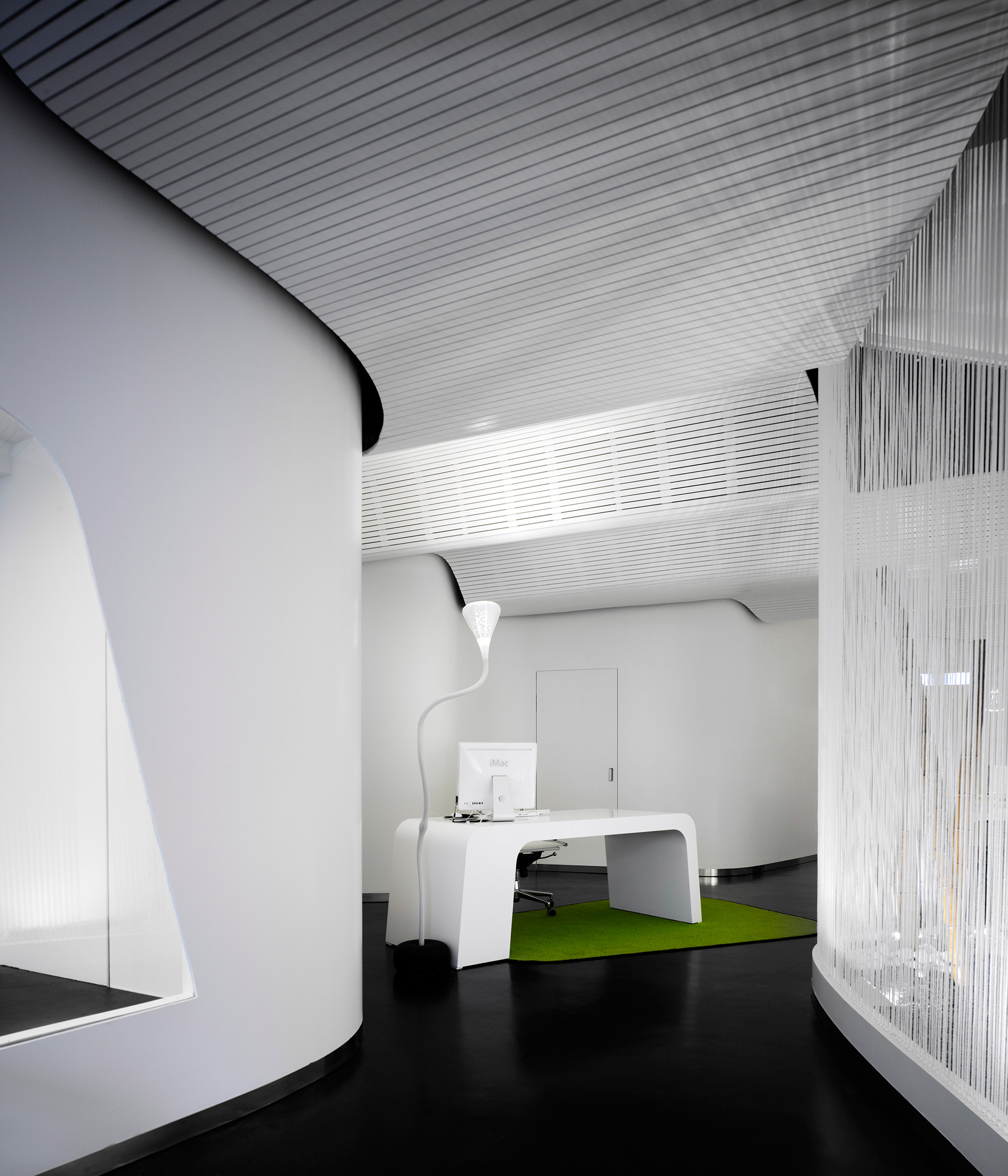 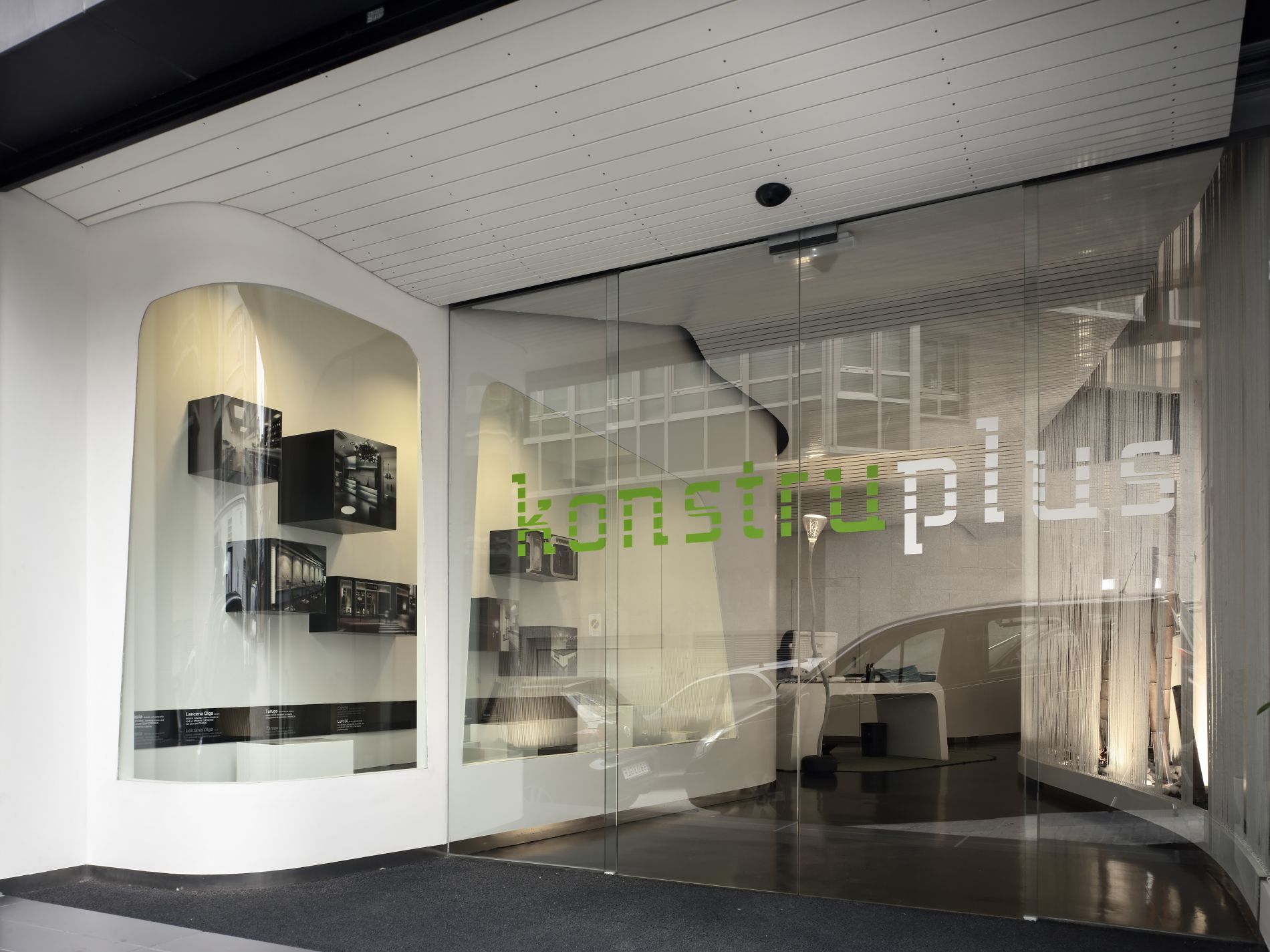 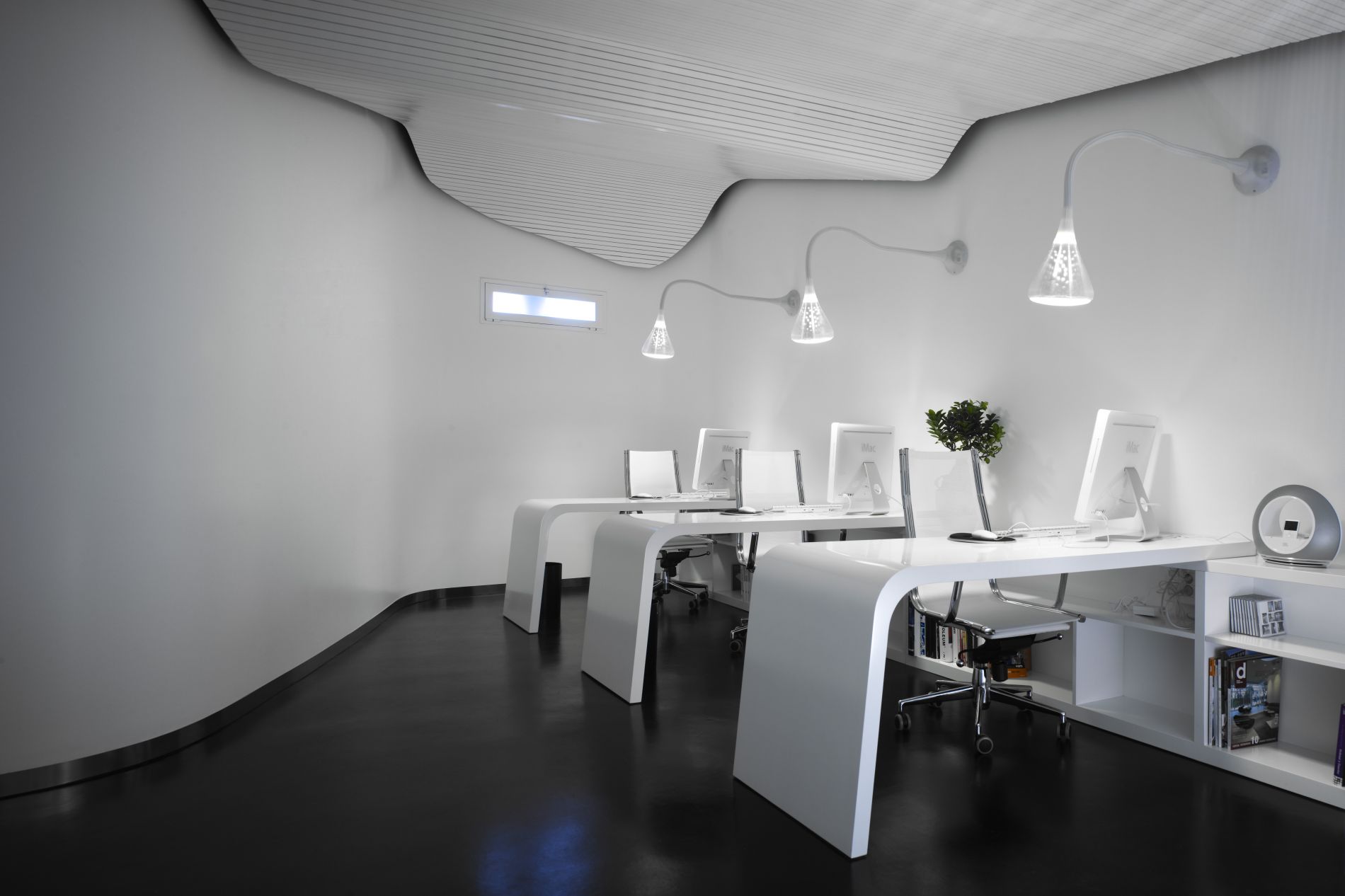 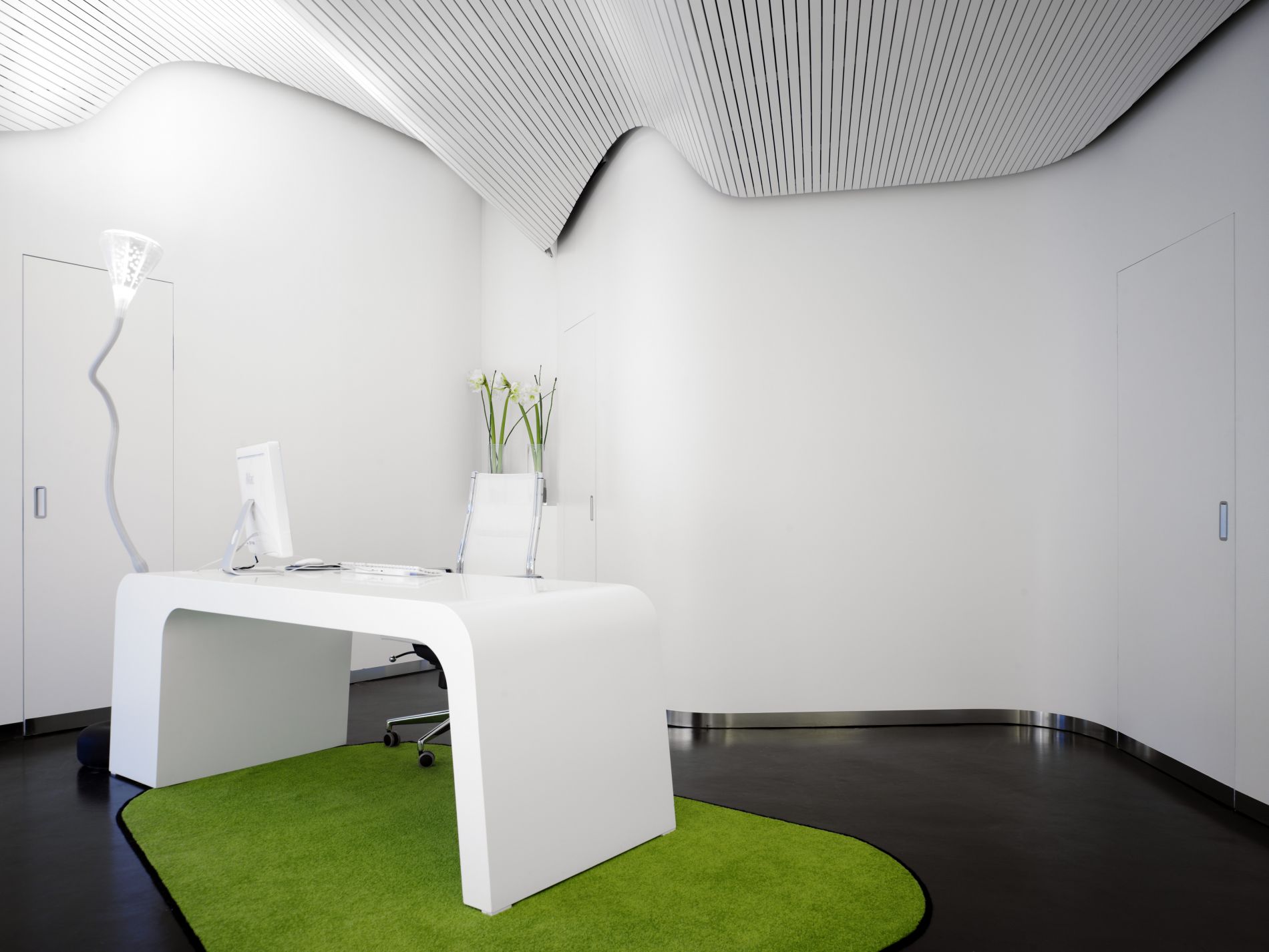 Beams and pillars were discovered once the premises were emptied. Instead of being an impediment for the definition of the space, they turned into ideal starting point elements to create a continuous surrounding, on the vertical and horizontal level. In this case, the surroundings will create different environments which will be used to sequence the small office privacy, without the need of vertical rigid divisions.

In order to complement the intentions of space sequencing, an illuminated garden is included and reaches the inner part becoming the central axle of the office, giving light and improving this small work space which had a lack of natural light.

It was considered important to annul any kind of overhead light, because of the vertical and horizontal premises, directing luminosity through the dry garden, protected and strengthened by white ropes. The table’s illumination is completed with lights over the working spaces.

The colours that were used, combine the corporative image of the company, green and black with white, needed to give more width in the design of this space.