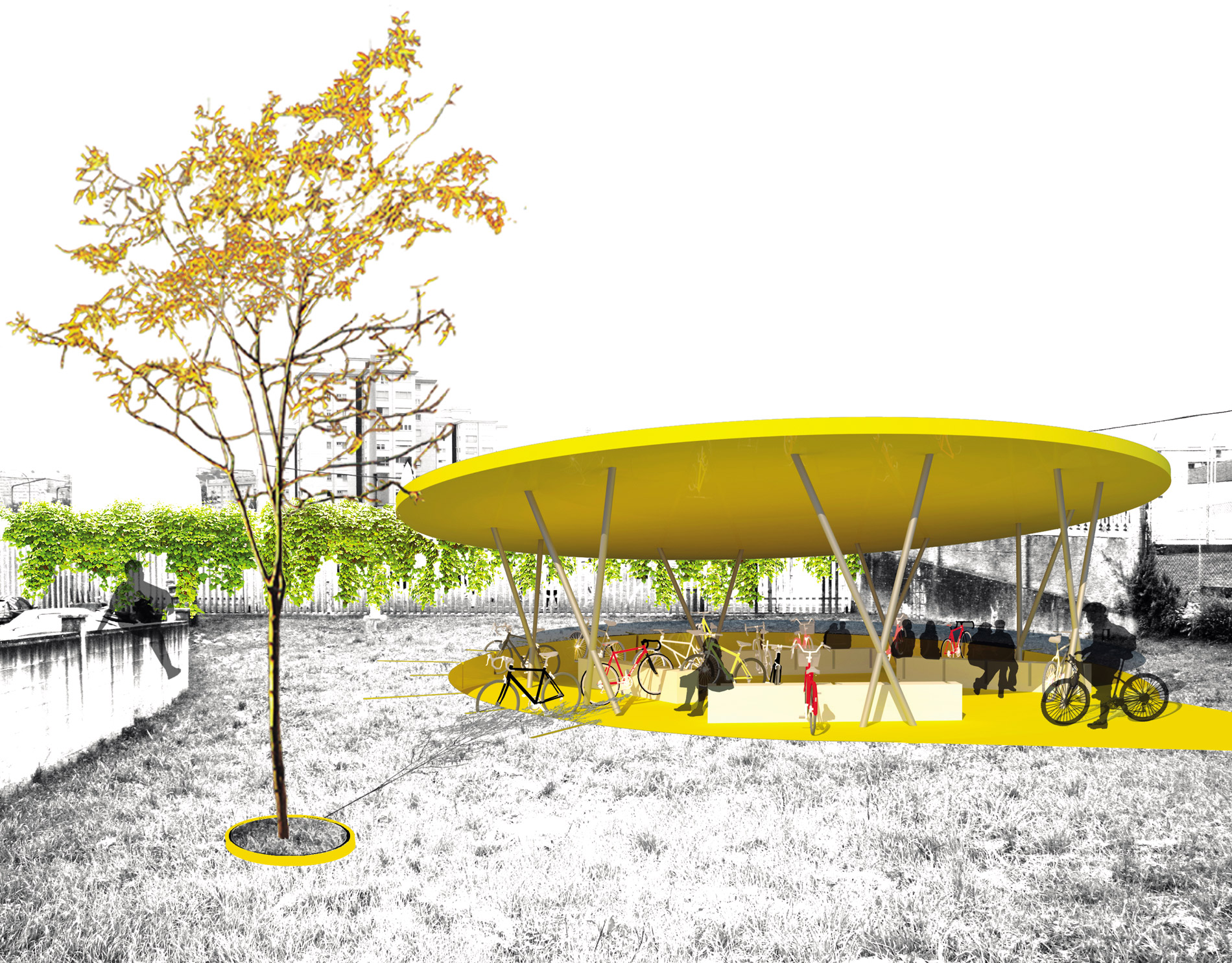 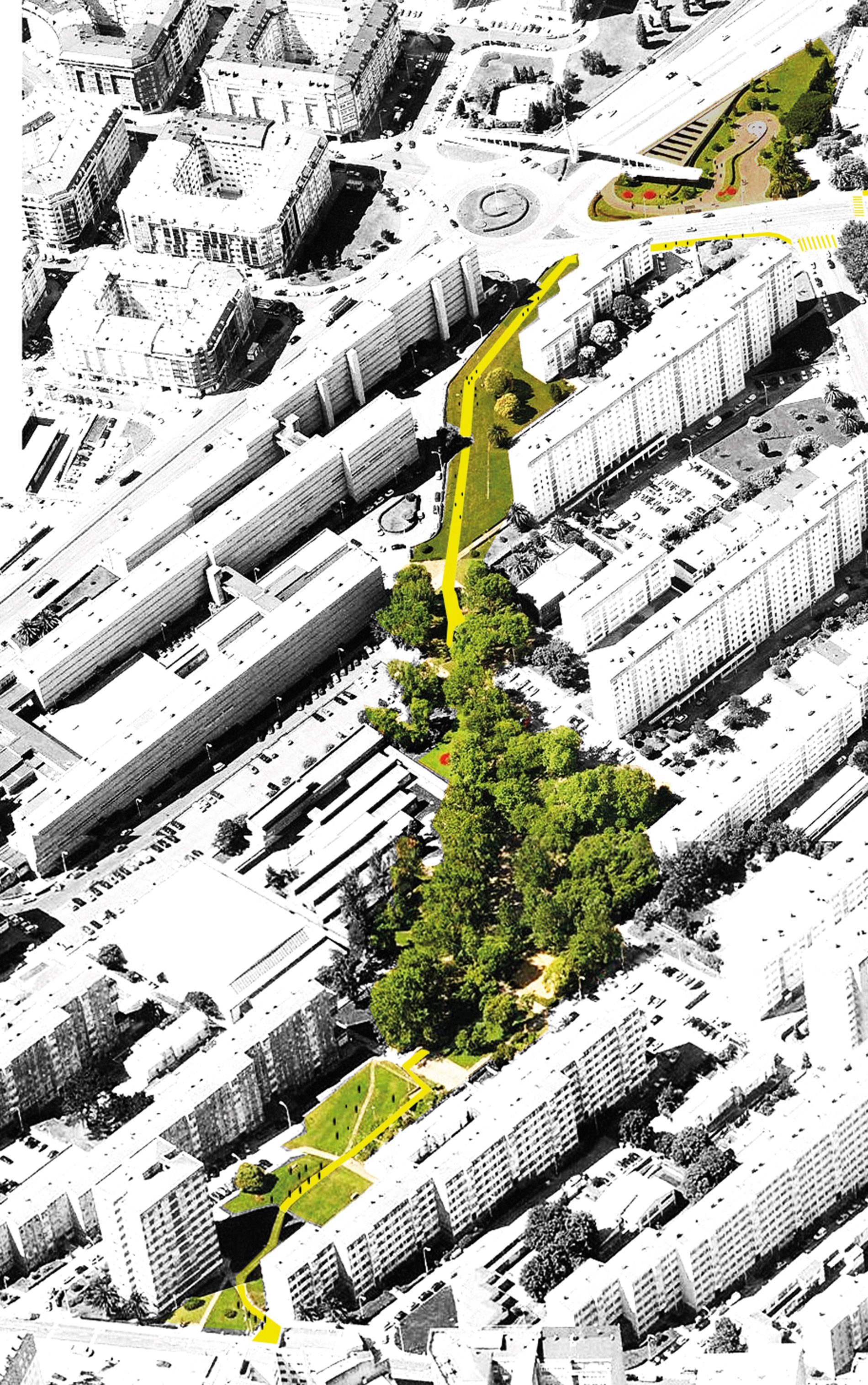 The scale of the infrastructure, which is located in Lonzas, forces us to generate an answer at the same scale. The proposed strategy offers an answer that comes from nature, understanding the area as a group of actions, with a different character, which will help to minimize the visual impact of the viaduct and generate a progressive dissolution of what has been built towards nature.

The treatment of each space, which are initially residual will have a specific objective, defined by its topography and location, avoiding the uniformity of landscape answers.

In general, with a simultaneous character, four types of actions will be proposed, orientated to the regeneration of the districts, the introduction of revitalizing usages, the strengthening of nature and reduction of visual impact.

The answer at a territorial scale, proposes the creation of an urban park, able to establish a counterweight to the traffic structure dimension. At a pedestrian scale, the recovering of the settlement of San Cristobal is proposed. Characterized by the subsistence of an own singularity and big importance in the nearby neighbourhood memories.