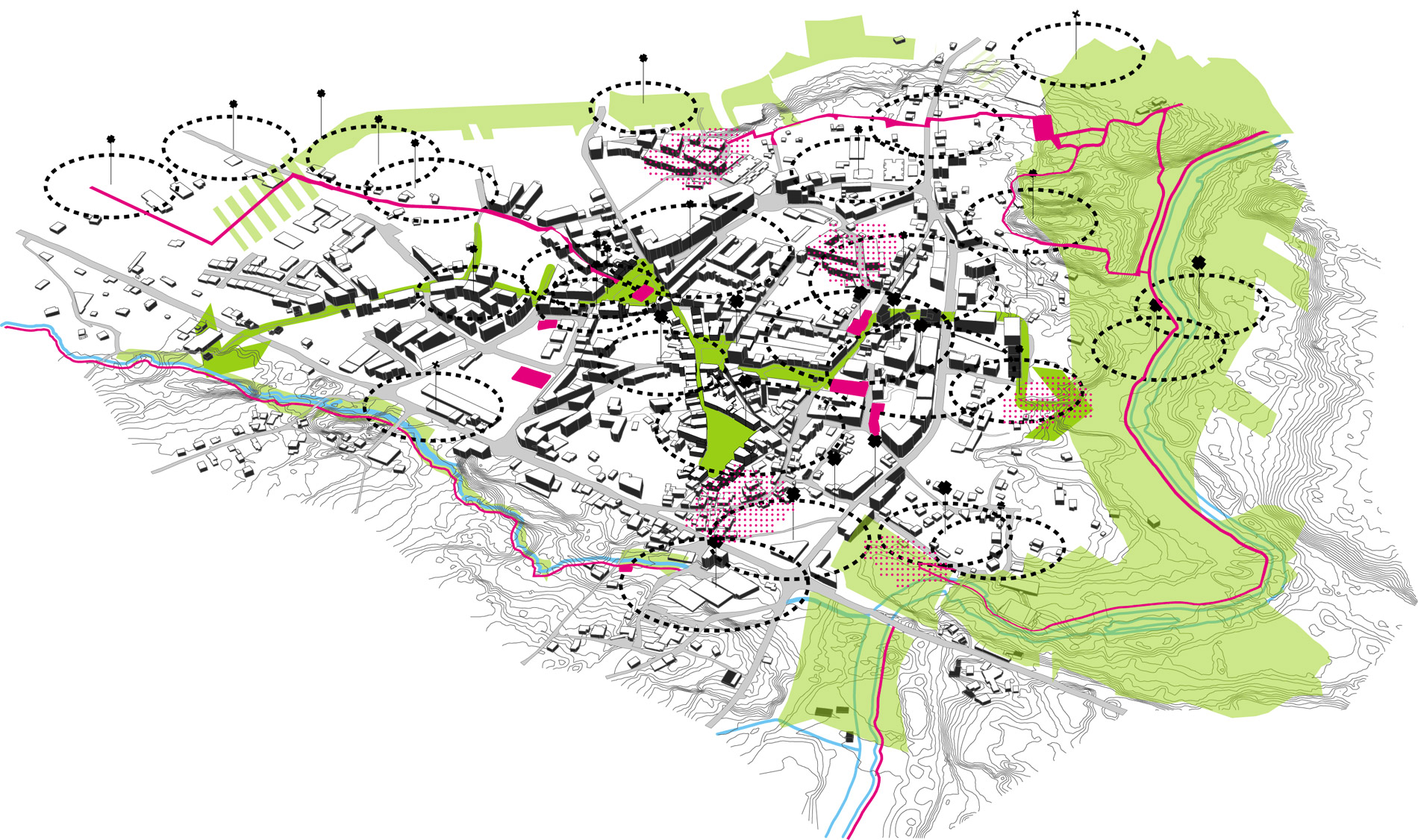 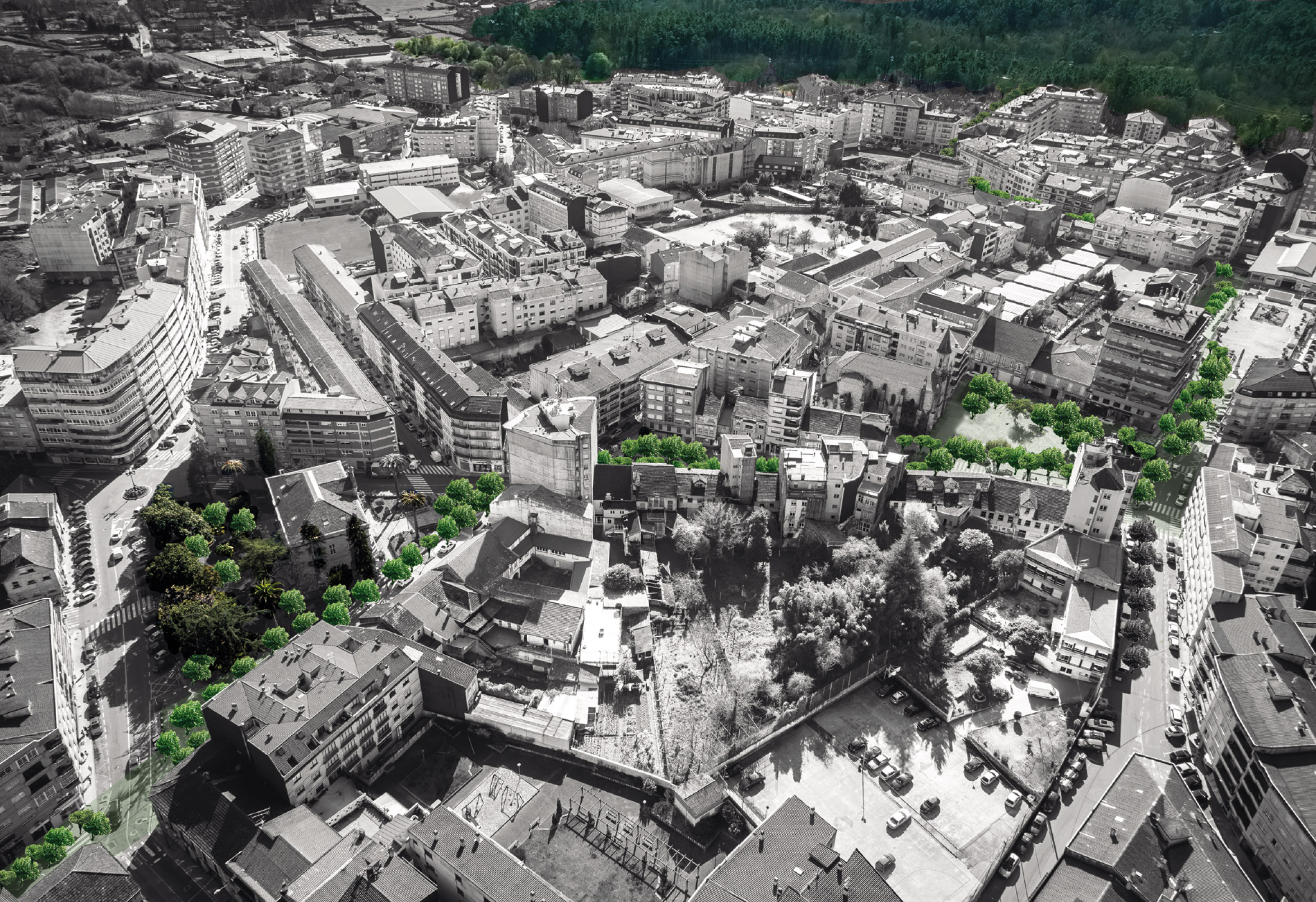 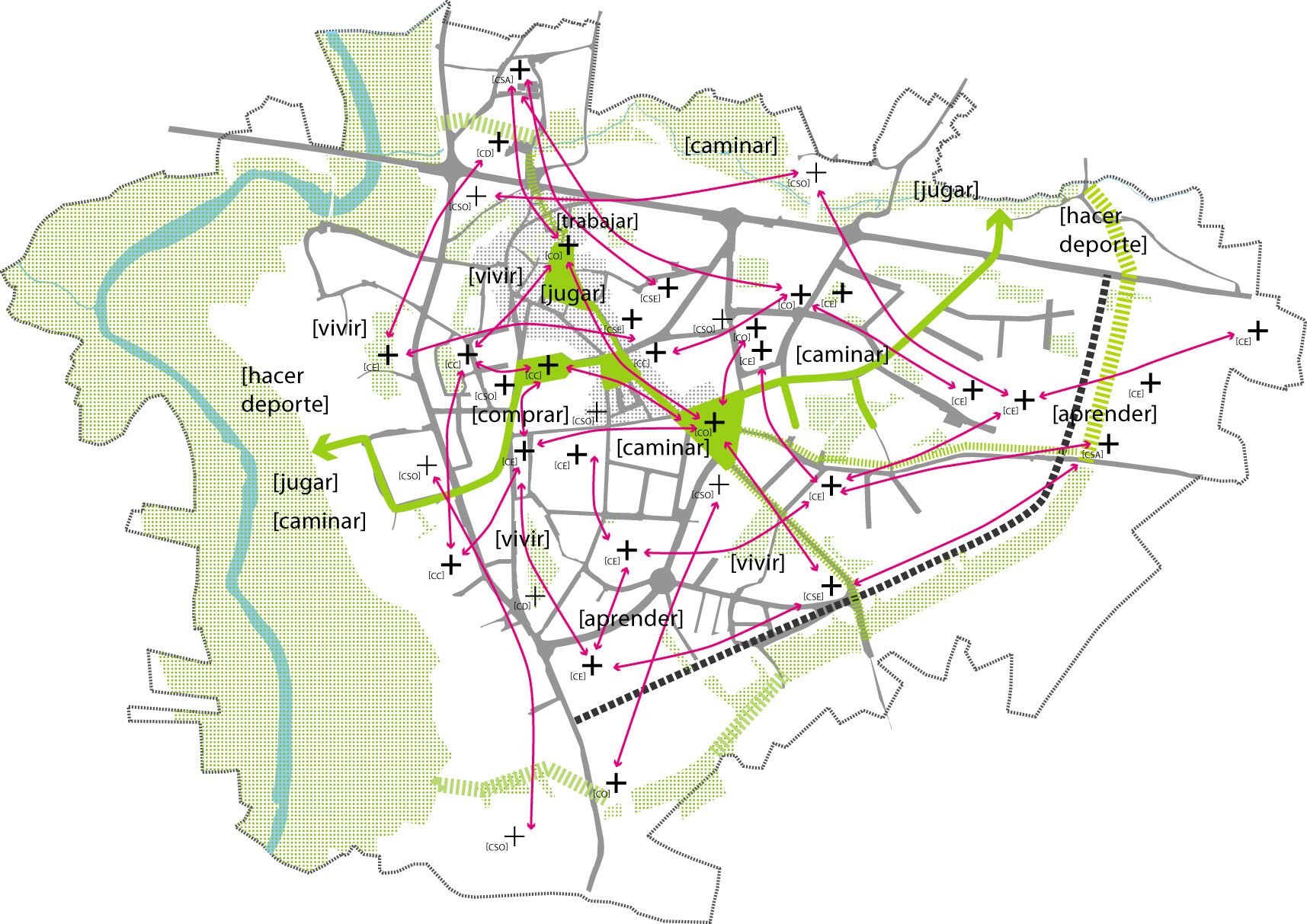 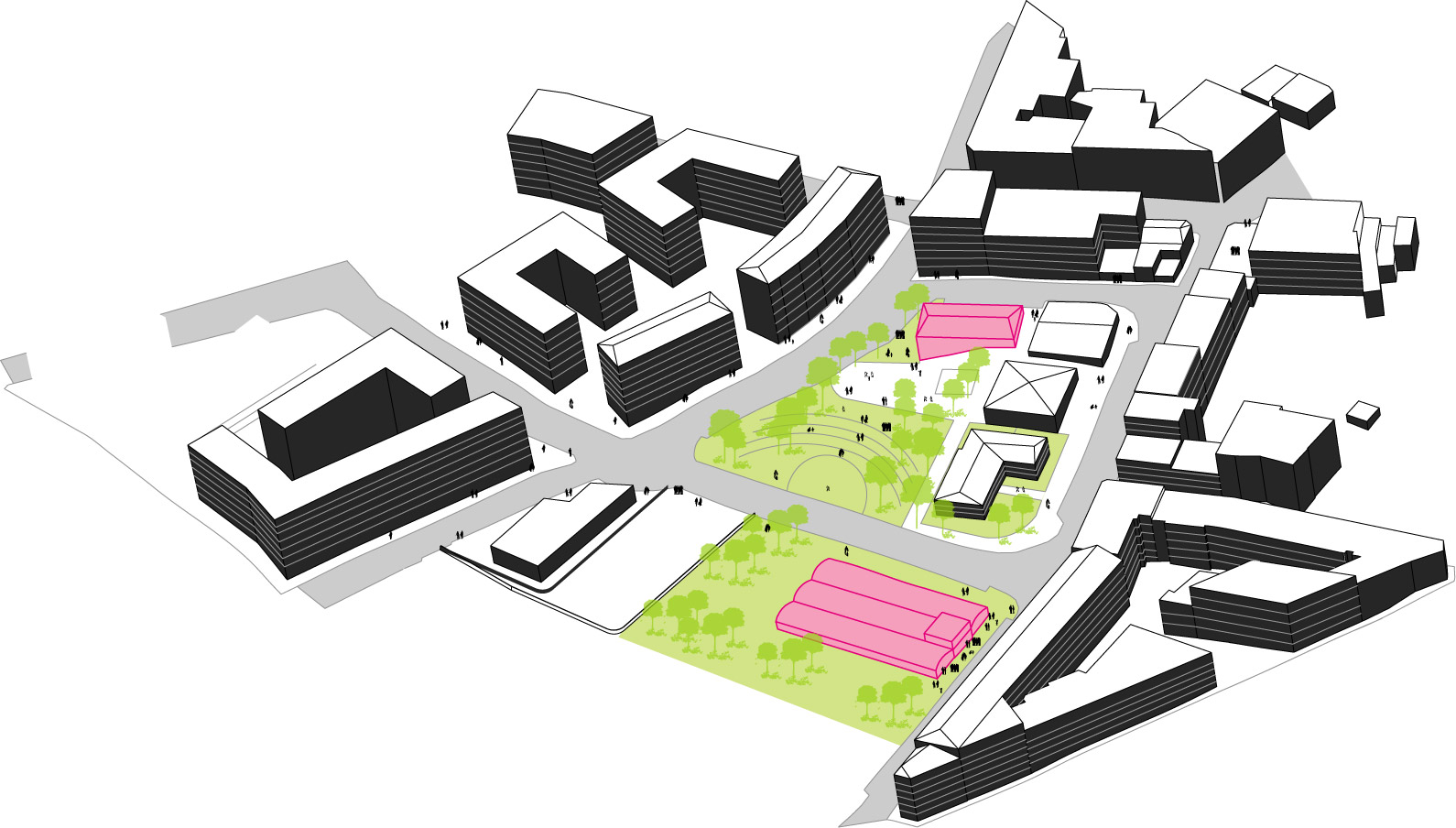 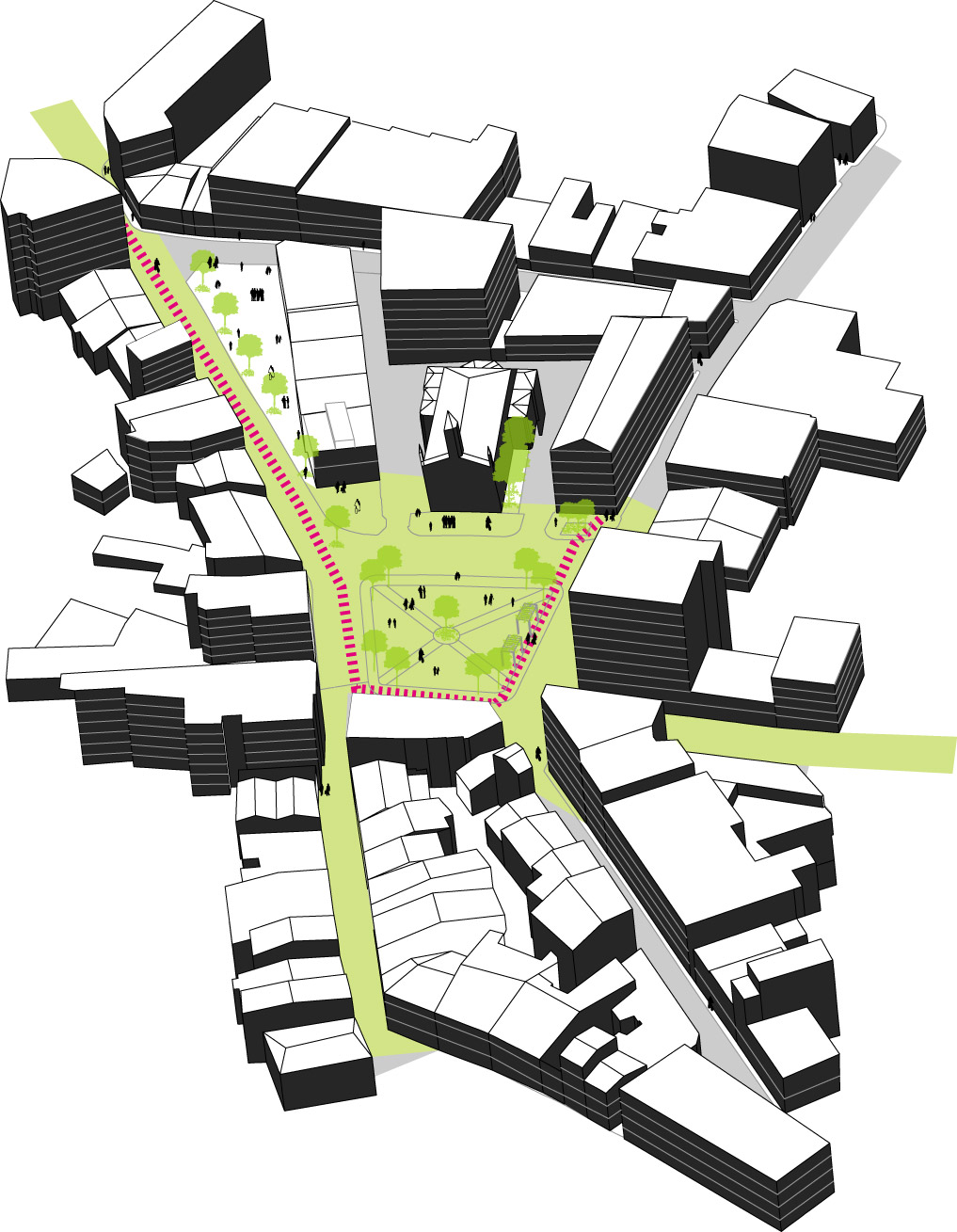 Like in other intermediate towns, Ponteareas suffered a lack of land planning and a disordered growth which resulted into the suspension of planning during 2002. Over the following fifteen years the town did not manage to approve a new urban management plan.

In 2015, the local government suggested a parallel way: to develop a Urban Strategy with a 2030 timeline, which would serve to align all the urbanistic actuations around shared objectives.

The first step was the design of the Urban, Sustainable and Integrated Development Strategy, which meant a turning point in relation to previous plans and for which it obtained 5 million euros from the ERDF funds.

The next step towards strengthening the Urban Strategy, was the development of the Sustainable Mobility Study focused on the upgrading of public spaces and the priority of the pedestrian and bicycle paths.

These documents were completed with the design of the baseline for the development of urban projects. During the following years they will serve as acupuncture for degraded and obsolete areas of the town.