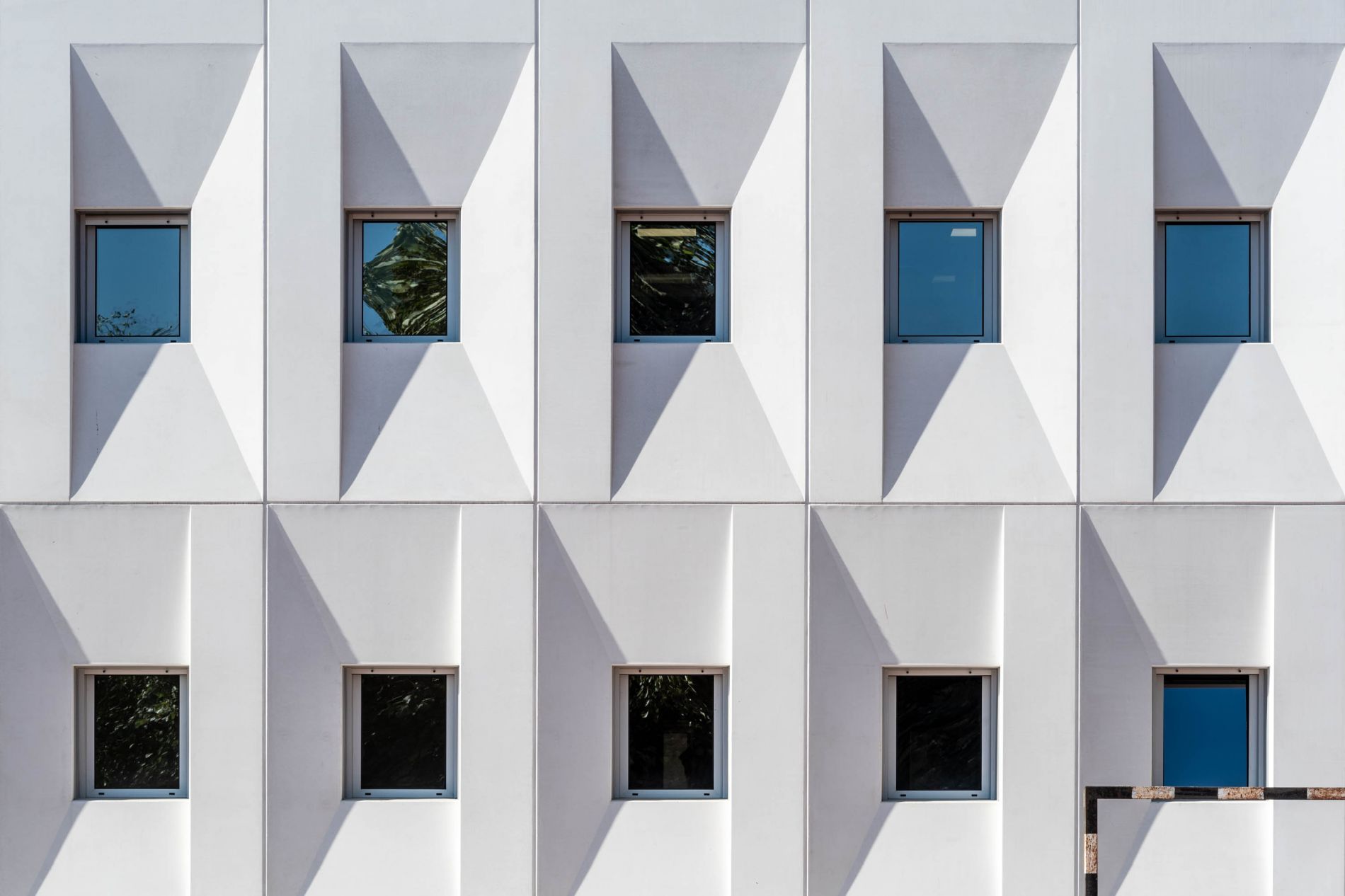 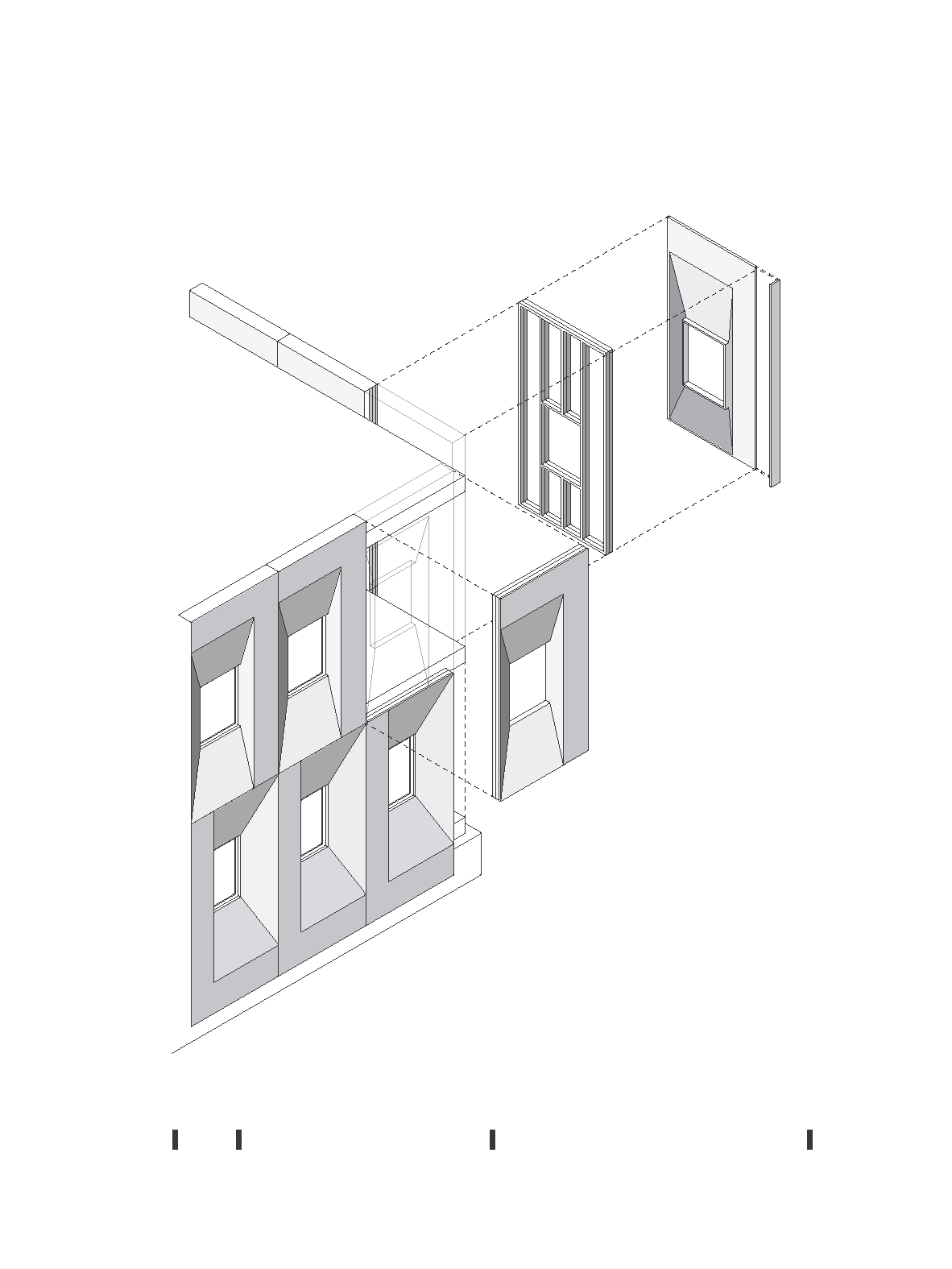 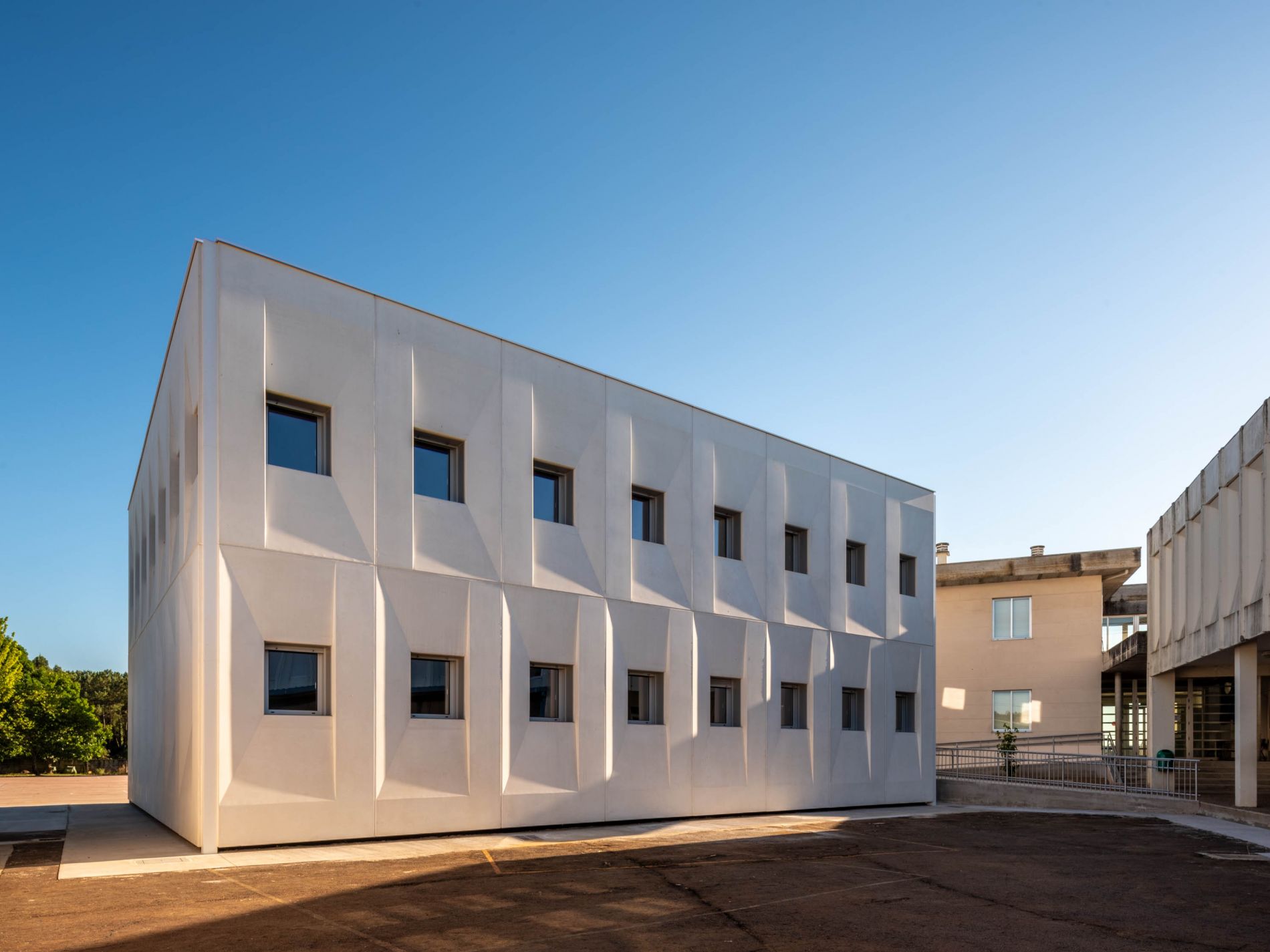 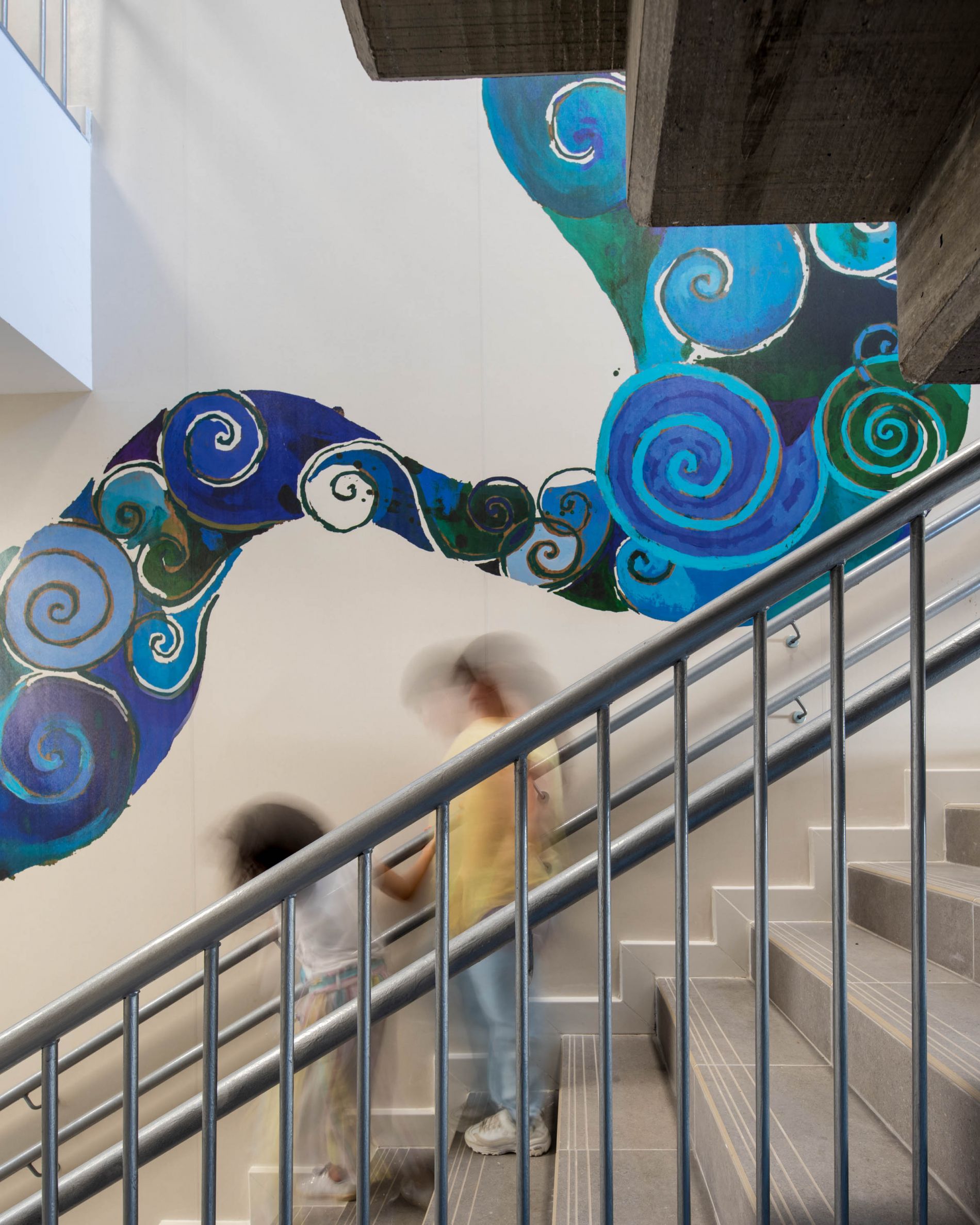 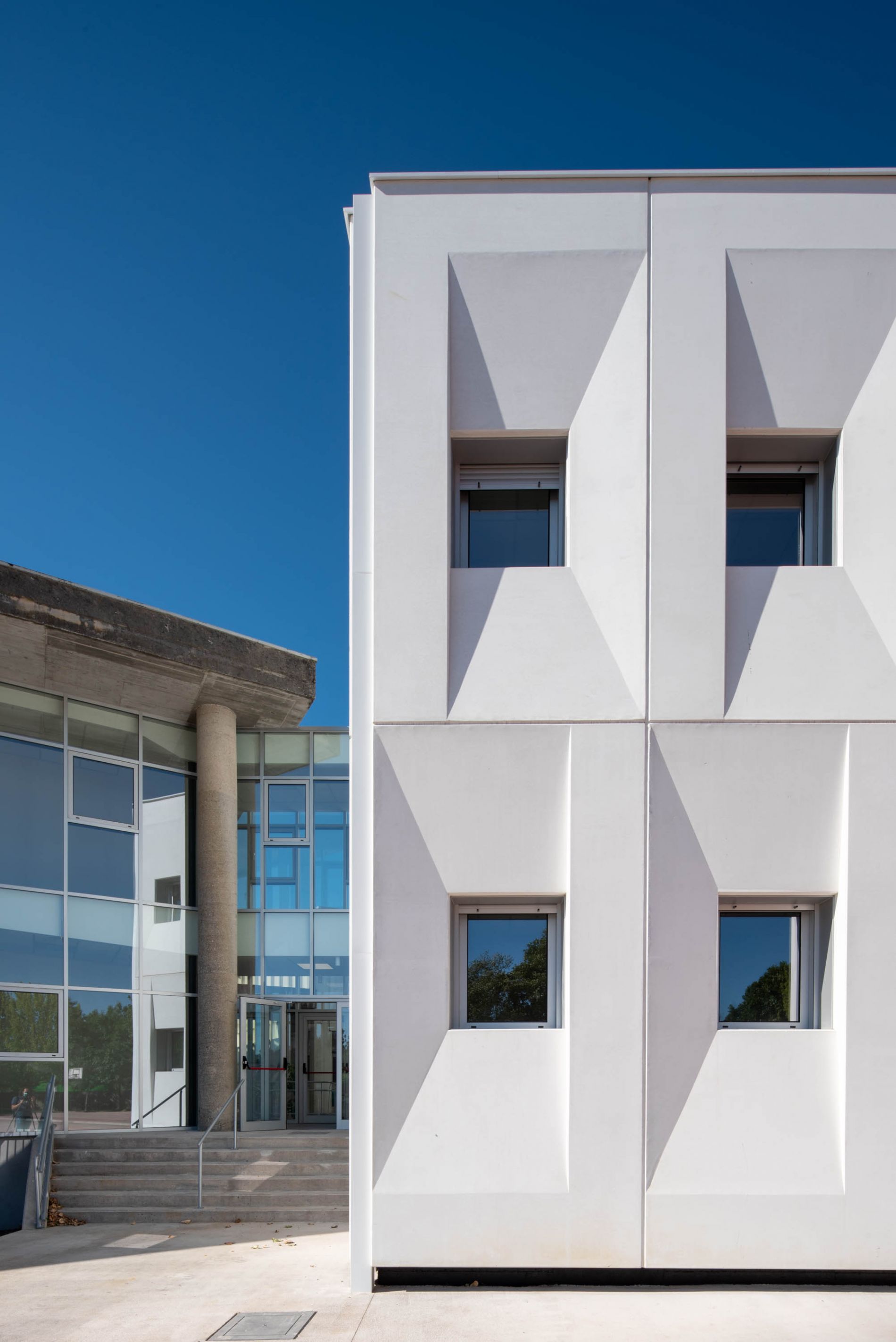 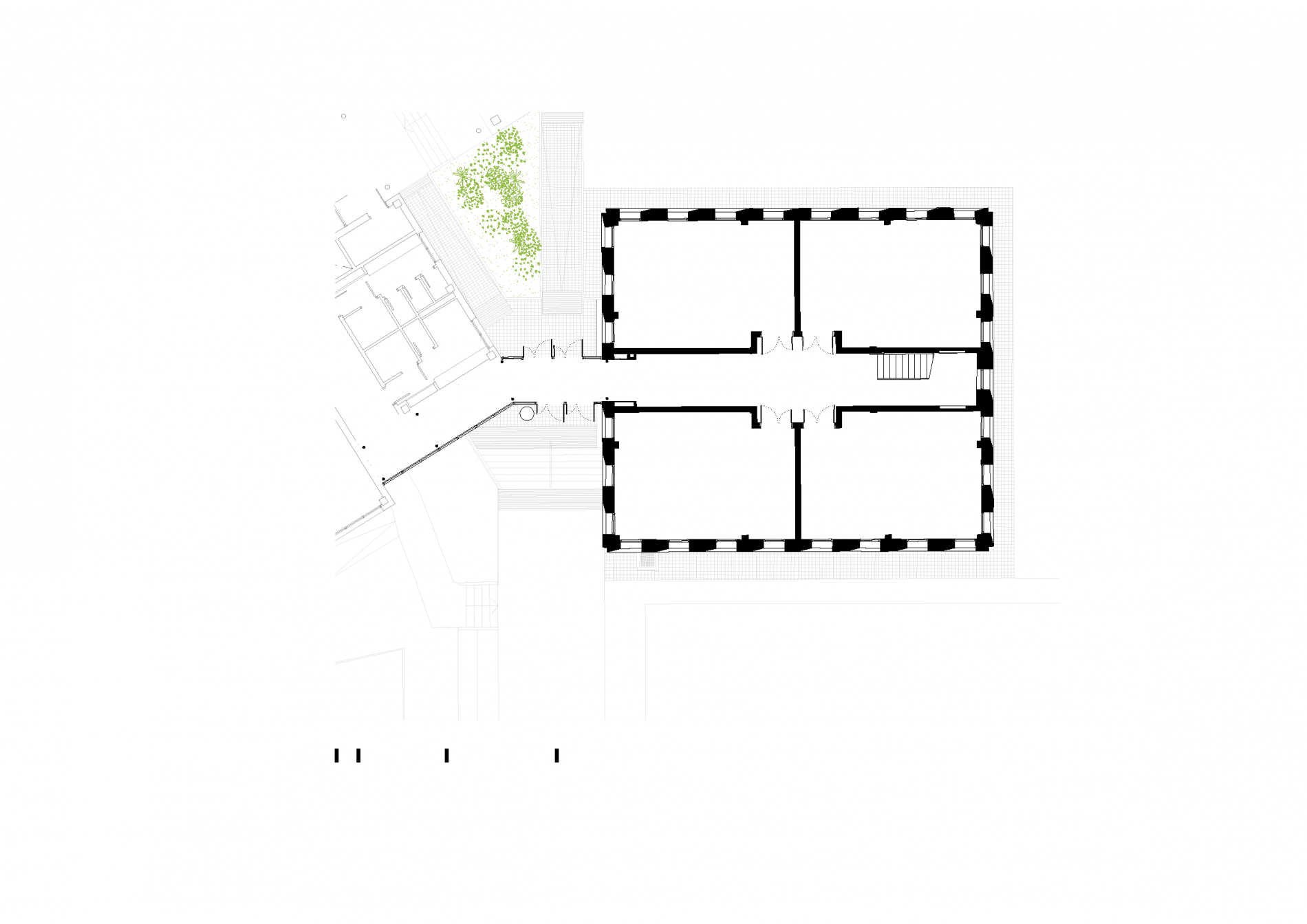 The original building, built in the 1970s from a repeat model implanted in various places, was conceived as a set of square volumes, which were grouped functionally. Its envelope is a prefabricated facade with regular openings and back then, little insulation.

A few years ago an unsympathetic extension of the original building was carried out both in its volume as well as in the openings and finishes of its facades.

The new extension takes up and reinterprets the original proposal, so that a new square volume is added to the existing building. In this case it was decided to break the previous alignment, as over the years access to the building has been modified with the appearance of a new road angled to the original entrance.

The new building, with eight classrooms, resolves the façade by adapting the original solution of the precast concrete to a new façade of broken up GRC panels, with square openings.

Unlike the original construction, this new piece allows the placement of a single mould in different positions. Thus on the ground floor it serves to resolve the contact with the ground and on the upper floor it acts as a parapet for the roof. In this way, an inverse symmetry effect is created that emphasizes the shadows produced by each of the openings.

To resolve the connection with the existing building and allow universal access, a curtain wall is used - made with post-use recycled aluminum. In this way, the junction between the two pieces is minimized, due both to the material used and its geometry.